When student code fails a test, it can often be hard to pinpoint why without actively debugging the code: making point-by-point changes until the code works.

Now, you can perform this iterative debugging on student code straight from the code console! To access this functionality, hit cmd-k (Mac) or ctrl-k (Windows) and select "Edit code". You'll see a lightweight IDE from which you can make changes to student code and re-run tests. Changes you make won't change a student submission or be saved after your debugging session ends. 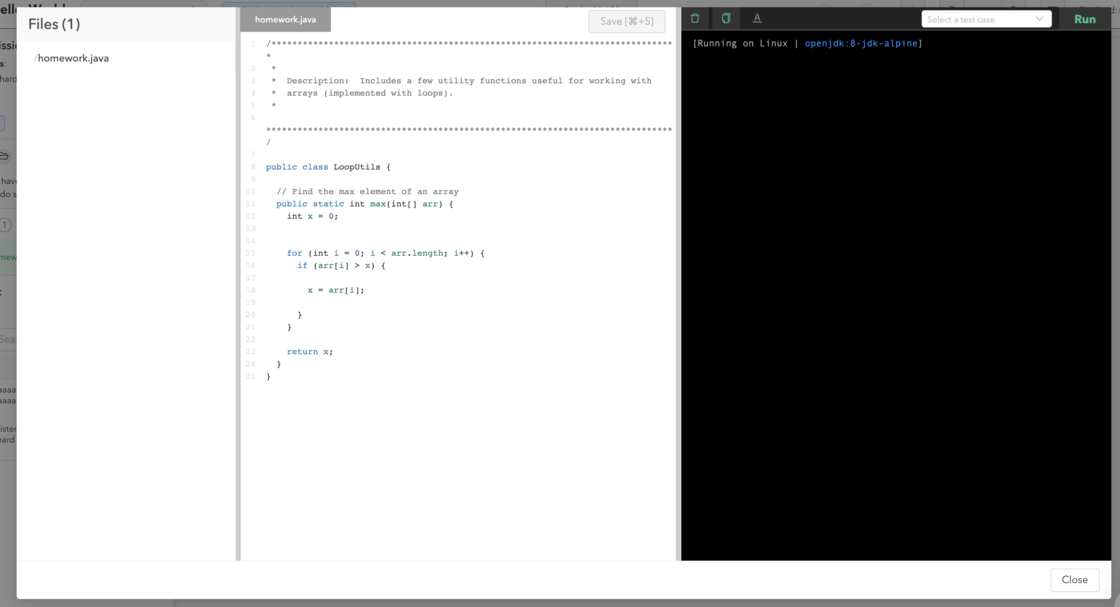